How and Why Mobile Apps are Redefining Every Industry 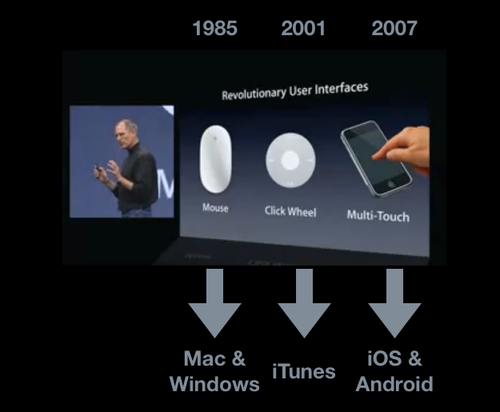 When Steve Jobs announced the iPhone he made a bold claim, putting Multi-Touch in the same revolutionary interface category as the mouse and the iPod scroll wheel. Horace Dediu annotated the above image to indicate the huge markets that each of these interfaces enabled.

Whole markets are being redefined in the context of mobile. CTOs and CMOs must think purposefully about how their organization can take advantage of the largest opportunity the computer has ever presented. As Greg Stuart, CEO of Mobile Marketers Association, said recently:

“I’ve done some modeling on what happens when one marketer figures out mobile before another marketer, and those models suggest that a big marketer who takes first-mover advantage could literally add $1 billion to $2 billion to their market cap as a result. I ask marketers today, ‘What plans do you have that doesn’t require high-risk capital investment will shift market cap $1 billion?’

1. Mobile vastly expanded the number of computers in use

Desktop PCs have leveled off at around 1.6 billion in use, while smartphones are already over 2 billion. Smartphones are poised to fill all 4 billion mobile connections in use. 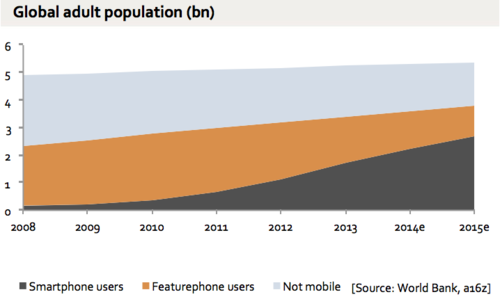 Mobile has brought computing to the people desktop computers left behind. Visually-impaired users and other users with disabilities have free tools built into mobile phones that would have been underpowered and prohibitively costly on the desktop.

This is one of the most exciting developments in the history of computing and begins to bring Steve Jobs’s promise of a “computer for the rest of us” to fruition.

Mobile devices are typically owned and customized exclusively by one person. We customize and use these devices to an incredibly personal extent – far more than any other device we use.

The most mobile version of a PC is a laptop, whose main boast is that it can move from one fixed point to another. Mobile devices can truly go anywhere; they’re always with us and apps are always along for the ride.

Installing an app on your phone means taking that app (and that brand) with you nearly everywhere you go.

4. Apps are capturing an ever-expanding amount of user attention

We spend a tremendous amount of our attention on apps, and the numbers wholeheartedly reinforce that.

Apple and Google have paid well over $15 billion to developers from their respective app stores – an enormous amount of wealth in a market that didn’t even exist a handful of years ago.

45% of Yelp searches begin on mobile and 50% of Zillow’s home views come from mobile (see update below). Flurry reports that apps have overtaken TV – the reigning king of American attention – in the amount of time we devote to them each day.

UPDATE: Since originally posting this we’ve received an update from Zillow that they are seeing growth of 42% YoY in mobile visits. Their mobile visits now account for 2/3rds of traffic and up to 70% on weekends.

In the vast list of changes COVID-19 has made to our everyday lives, one you may not think about often is the growing need for medical professionals or caregivers to be able to monitor patients while keeping (social) distance. Then again, maybe you do think about it. There are 40.4 million unpaid caregivers of adults … 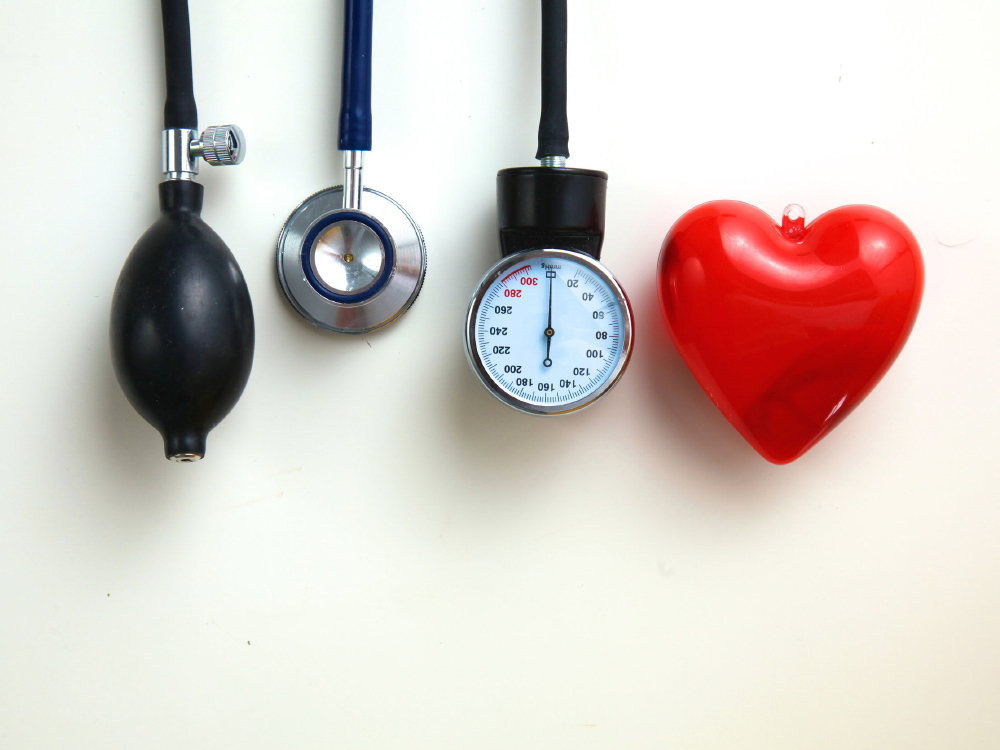