Microsoft’s Rigidity has Scarred Them 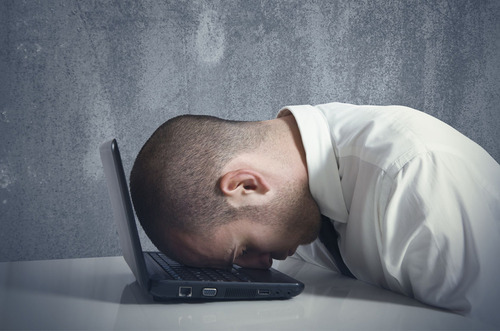 Microsoft is by any estimation a successful company and at a $380B market cap nobody would suggest otherwise. But over the past few years I’ve watched them go from an indomitable force to a company struggling to maintain its position. Why?

Vanity Fair did an in-depth examination of the catastrophic effect of Steve Ballmer’s reign, and it appears that three years later Microsoft hasn’t been able to regain their mojo. I’ve written before about Microsoft’s inexplicable business decisions and why they’ve held the company shackled it to the past, and today I’ll talk about why they’re the perfect example of what not to do with your brand.

For decades, Office and Windows have been the cash cows that have held up Microsoft’s success. And successful they were: Office 2010 alone sold almost a billion units, and sales of Windows releases have ranged from a relatively tiny 1 million to 100 million copies of Windows 8 in its first 6 months alone. But the key thing to remember is that the lion’s share of these sales were B2B. Corporations and companies have relied on Windows and Outlook since their inception.

But software is no longer a B2B game. Affordability of personal computers, the explosive smartphone adoption and easy online access to abundant software options have put the C in “B2C” at the fore of software and hardware marketing. In 1984 only about 8.2% of US households had access to a PC; now that number is around 61.8%, in addition to over 75% for smartphones penetration. Computers, smartphones and the software that drives them are now truly for the people, but Microsoft failed to respond to that shift. Instead they continued to focus on its two historically successful but very business-oriented, desktop products.

This failure to diversify and respond to growing threats in the market is a symptom of a larger problem: Microsoft’s overall culture of fiefdoms that are anti-innovative, slow and bureaucratic. This anti-innovation, stuck in the past stance has not only kept them from successfully developing new products and effectively expanding into new and necessary areas like mobile, but it has prevented them even from recognizing threats to their own flagship products (Google Docs, we’re looking in your direction).

As I’ve said many times, mobile is no longer a trend, it’s the new king. While the omnipresence of mobile was all around them, Microsoft seemed to ignore it, even going as long as 2013 without a mobile version of their beloved Outlook. Still sticking to their business guns, they failed to notice that mobile has taken over even the business world, with more people now checking their email on iOS devices than anything else.

I can’t help but see this as anything but corporate arrogance; Microsoft believed that their existing offerings were enough to weather the storm of mobile, and that the products that had worked so well for them in the past would continue to be successful in a completely changed software landscape. But the world, and the the world’s software offerings, have definitely moved on without them.

As recently as December Microsoft purchased mobile email client Fait Accompli, but I think it’s too little, too late for the software giant. We’ve seen that mergers and acquisitions rarely succeed, and I fear the mobile boat has sailed without them.

So is there a way out of this mess? If Microsoft were to create a mobile division and run it as a completely autonomous company (competing even against other Microsoft products) they might have a chance to break free of their internal strictures and compete in the crowded and fast-moving mobile market. Without this, anything they release or acquire will be mired in the slow Microsoft bureaucracy until the fight is long over.

Note to Microsoft: This article was written, reviewed and edited in Google Doc. But don’t worry about it. The forest isn’t burning around you; it’s probably someone barbecuing.