Why is Amazon Flailing? 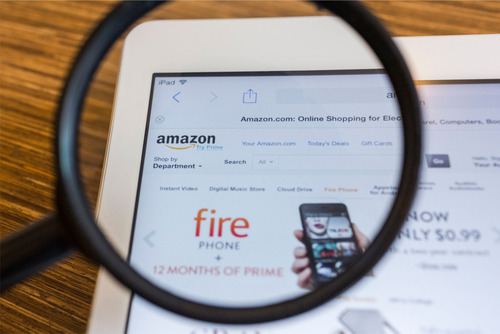 With the disastrous release of Fire Phone and the utterly ignorable Echo, it seems Amazon has lost its way.

The trouble started when Amazon forked Android to make Fire OS. While Android is technically open source, and anyone can take the code (AOSP) and build, there are limitations. AOSP gives you the basics, but it doesn’t give you Google Play Services.

In order to get access to Google Play Services you’ve got to join Google’s Open Handset Alliance and submit to using Google’s version of Android.

Forking Android and the resulting disconnect from Google Play Services was the first in a series of baffling distractions for Amazon.

Amazon’s attempt to become a player in the global smartphone market was a massive undertaking, requiring years of planning and work. The result was a premium-priced phone with two ‘killer’ features that failed to solve customer’s problems.

Dynamic Perspective creates the illusion of 3D text and images throughout the phone. DP may be interesting for a moment (although many reported motion sickness). But what problems does Dynamic Perspective solve? Does it provide value beyond an initial burst of curiosity that justifies its purchase and two-year contract only on AT&T?

FireFly’s main feature is a direct line into Amazon shopping. But consumer’s can already hire Amazon’s mobile app (for free) to solve their mobile shopping needs.

Does the Fire Phone deliver more than an iPhone and high-end Android phone? To date it’s sold less than 25% of Amazon’s total employee base (35,000 units). So it is safe to say the market has said it does not.

After the Fire Phone’s total failure, Amazon released the Echo. Echo is basically a Jambox mini with Alexa (Amazon’s version of Siri/Google Now). Alexa, like all complex machine learning projects, becomes better over time. The more data you feed into the machine the more sophisticated and reliable Alexa will be.

Alexa has two key disadvantages. First, she is very late to the personal assistant party. Apple purchased Siri in April 2010 and began offering it to iPhone 4S customers on October 14, 2011. Although Google Now was launched on July 9th, 2012 Google had been working on voice recognition since since Goo411 launched in 2007.

Second is data. There’s far less usage of Alexa. There are over 1.2 billion Android and more than .5 billion iOS devices feeding Siri and Google Now. Without massive, real-world data Alexa’s improvements will be slow and stunted.

But the biggest question with Echo (again) is how does this solve customer’s problems?

Echo, Alexa, Fire OS and the Fire Phone are all distractions from the core job we hire Amazon to do and they each fail to deliver solutions to their customers’ problems.

If Amazon wishes to continue growth it’s not going to happen by being an inferior copy of Google or Apple. eCommerce comprises only 6.4% of US retail sales, and there is no company better poised to fill that rising percentage than Amazon. Rather than wasting time, resources and most importantly focus on poorly thought out, inferior products, Amazon should focus all its efforts to fulfilling its stated mission to be the business “where customers can find and discover anything they might want to buy online.”

Where Have All the Devs Gone?

Last week another 3 million Americans filed for unemployment insurance, bringing the 8-week total to 36.5 million. Before COVID-19 took hold, unemployment was at a 50-year low. Now it’s at its highest point since the Great Depression. Labor shortages are a given. This is an unprecedented disruption in manufacturing and in shipping; crops go unharvested; …

Where Have All the Devs Gone? Read More »